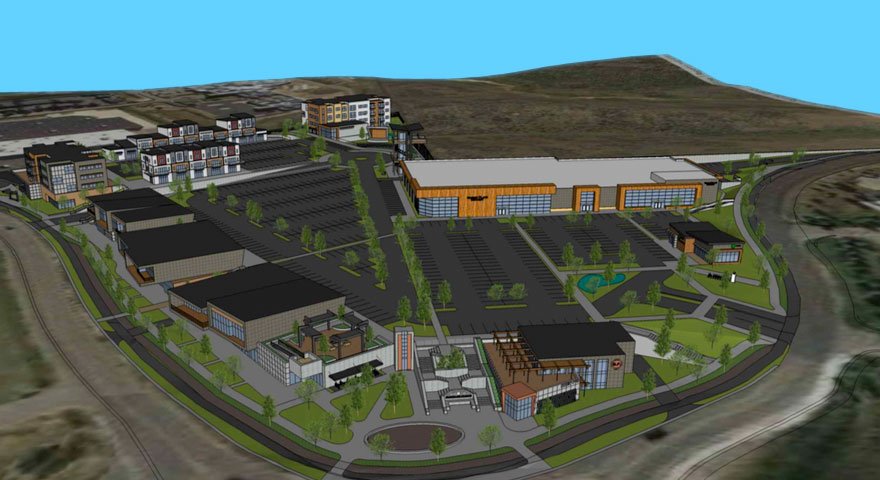 What to Do During Park City

Park City, UT – Park City developer, Henry Sigg says it’s time to create a retail hub on the eastern end of the Snyderville Basin. But, he said he’s willing to be patient as he works with the county to make the project come to fruition.

“We are good stewards of the land and have been around here for a long time,” he said in an interview on Thursday. “I think the time is right for that area to have this type of focus and this use. I think everyone will benefit from it.”

Marketplace Commons would include between 180 and 200 residential units, with approximately 200,000 square feet of potential restaurant, retail, office and live/work space. Sigg said the project would ideally be anchored by a 62,000-square-foot grocery store and would take up about 20 acres.

Marketplace is additionally proposing building a brew pub, hotel, retail complex and drug store. A parking garage, as well as a natural amphitheater and stage area, are also proposed at the site.

The uses that are proposed at the site are dependent on whether the county approves the developers’ request to change the site from community commercial to a mixed-use neighborhood zone. The mixed-used zone doesn’t currently exist in the Snyderville Basin Development Code.

“Right now all the uses he is proposing are allowed in a community commercial zone with a conditional or low-impact permit,” said Ray Milliner, a Summit County planner. “But, he does have a problem meeting the height limit, parking requirement and also some size requirements with regards to the big supermarket. So his options are to modify the project or to ask for the change in the zone.”

Summit County officials have been considering creating a mixed-used neighborhood zone to better support projects that contain both retail and housing. Certain areas in the Basin have been identified as suitable locations for the proposed zone, including the area east of U.S. 40. The Snyderville Basin Planning Commission discussed the zone request during a meeting on Tuesday.

“One of the reasons we (thought about) creating this zone was to allow for flexibility with a little more building height for structure parking and for potential workforce housing,” he said.

Sigg referred to the project as a “collaborative effort” with the county. He highlighted the county’s purchase of a 461-acre property adjacent to the Triangle Parcel, located east of the U.S. 40 and Interstate 80 interchange. The county has said the property could be a site for affordable housing.

“We’re patient,” he said. “We have been very patient as we’ve watched redevelopments take place across Kimball Junction and everywhere else. Home Depot has shown its ability to succeed over there, and I think with the Silver Creek Village Center and Promontory there is enough of a community to support this there.”